Our mission is to be the very best, friendliest and most personalised private tuition facility in Australia for High School, and in particular HSC, students - where they learn most rapidly and undergo the most dramatic improvement in academic performance and grades in the shortest period of time.

We achieve this by providing our students with tuition that adheres strictly to our proprietary six-point strategy for lesson structure - in a warm, friendly, supportive, and highly-personalised learning environment, and by constantly assessing and improving our services, policies and college culture.

After working briefly as a high school Japanese language teacher, and later as a freelance Japanese language tutor for 5 years, Gloria Kaneko set up Elite Tutoring College in Epping in 2005. Although focusing heavily on Japanese tutoring, we also offered tuition in English and Mathematics.

The following year, Elite Tutoring College moved to a larger location in Burwood, where we began to offer tuition in more subjects for high school students. Several years later we expanded to a second location, in Chatswood, offering a full range of both high school and primary school subjects.

In the years since Elite Tutoring College has continued to grow, and even found its way into the online tutoring space. While maintaining our specialty in providing top-quality private tuition to HSC students, we now have tutoring available in almost all secondary and primary school subjects as well as preparation for admission and IELTS exams, and adult conversation in common languages.

All of our tutors are experienced and highly-qualified. They are individually selected by us, and because of our rigorous selection criteria we only take on a small percentage of tutors that apply to teach for us.

As well as the active tutors that are featured on the "Our Tutors" page, we also have access to a roster of selected on-call tutors who can cater to students requiring tuition in less common, specialised subjects.

Read More About Our Tutors 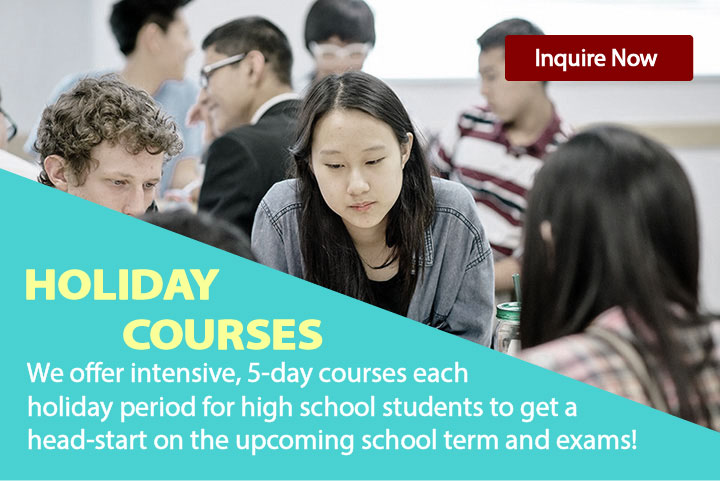 We pride ourselves on our friendly, relaxed and enjoyable tutoring sessions that consistently see our students outperform those from other schools and colleges, in much less time.

With our friendly, highly qualified and experienced tutors, at Elite Tutoring College we guarantee that all students will be delighted with their tutoring experience and results. Our past results speak for themselves, all our students experience dramatic and rapid improvements and go on to achieve excellent grades at school.

Gloria Kaneko and Fabian Colussi represent the foundation of Elite Tutoring College, and the school's culture and philosophy was born out of the combination of their respective polar-opposite academic backgrounds and experiences.

From an educational point of view, Gloria's background is typical of that of many Asian students today.

She was born in South Korea and raised in Japan. Unfortunately, these countries hold the dubious distinction of having the two highest suicide rates in the world among developed, wealthy countries. Their people are perceived as hyper-competitive, and are often under huge pressures to be successful from a very young age. Perhaps the most disturbing aspect is that exam results or college entrance are cited as the main reasons for suicide by young adults.

It's no surprise, then, that Gloria came from a very academic family, where school grades were very highly regarded. And predictably, as a child she experienced a lot of pressure from her parents to excel.

In primary school, her grades were consistently very high, but never quite 1st place in her school. In secondary school, she attended top-tier schools but her grades were generally average at best. In contrast, all of Gloria’s four siblings achieved top rankings in the prestigious schools they attended, as well as highly-valued scholarships.

Despite always working very hard at school, Gloria's academic achievements were somewhat of a disappointment to her parents. Her failure to top her school and her lack of proficiency in mathematics in particular, which was considered a benchmark of intelligence in Gloria's family, led them to conclude that she simply wasn’t very smart.

As a result of these pressures and disappointments, Gloria experienced a very unhappy childhood and always felt that she wasn't good enough. Nevertheless, she did go on to earn both a university Bachelor's degree and a Post-Graduate Diploma, as well as other tertiary qualifications.

As the product of a working-class Italian family from the western suburbs of Sydney, Fabian's academic experiences were in stark contrast to those of Gloria.

Growing up, his primary interest was in cars, and his dream was to become a motor mechanic, so that he could immerse himself in his passion daily. His parents, however, insisted that he attend university. As far as his educational life goes, this was the one and only pressure that he ever experienced from his family. And he complied, ultimately earning a Bachelor’s degree with honours in Mechanical Engineering.

Fabian never enjoyed school or university, and only ever did just enough work to get by. Unlike many more academically-focused students, therefore, he always maintained plenty of room in his life for leisure, interests and social activities.

The one saving grace that made his school life relatively smooth-sailing is the fact that he has an excellent memory. Consequently, his academic grades were always well above average. In university, he also had an enviable ability to achieve clarity during exams and write around a topic effectively enough to score well, while his far better-prepared colleagues would often panic and fail.

Having a very technically- and mathematically-inclined mind, the one grievance Fabian has of his educational experience is his opinion that the education system relies too much on memorisation and not enough on understanding. His belief is that:

"If you memorise something, it can be gone at any time. If you understand something, you have it for life."

In inescapable fact is that competition for both university positions and top-level jobs is skyrocketing in Australia. Data from the Education Department shows that most universities have seen double-digit growth since places started to be uncapped in 2010.

More people are enrolling into our universities than ever before. More highly-motivated students are coming from overseas, with far more hinging on their success than local students do. As a result, local students are realising that they can't be complacent, and that they must study and work harder than ever to keep up.

Because of this ever-increasing level of competition, private tutoring has become vitally important for students this decade.

Even so, we don't believe that the key to success amongst all this competition is to continue putting more and more pressure on students. Lessons need to be learned from the examples of South Korea and Japan. This hard, uncompromising approach simply isn't the answer. There is a smarter, better and more effective way.

One that doesn't destroy lives.

By combing the "hard" and "soft" approaches to education, one achieves a way that is uniquely strong as it is effective in the real world.

There is a Japanese proverb that captures this perfectly:

"The bamboo that bends is stronger than the oak that resists."

It's the marriage of these two approaches to education that Gloria and Fabian experienced that forms the foundation for the culture at Elite Tutoring College.

By combining the typically-Asian competitive, results-focused approach with the typically-Western balanced, practically-minded and holistic approach, and adding strategies that are globally recognised as being highly effective, an educational experience is achieved that is truly optimal in terms of efficiency, results and well-being for students.

Our culture is one of excellence through nurturing, healthy balance and effective learning in a friendly, personalised environment.

We believe that learning should not be painful, stressful and threatening, but rather fun. Interest and passion will always lead a student to learn faster and more effectively than pressure to succeed, which is both counterproductive and unhealthy.

Successful companies have long since understood that the key to an ultra-productive workforce is motivation and encouragement, rather than constant pressure to perform. It is a shame that many educational institutions have not yet caught on to this concept as well. Nothing will drive a student to excel faster than an inner confidence and desire to learn.

Our focus is on the development of smart and successful, yet also happy, emotionally and socially well-adjusted students, not on the creation of academic robots.

That's why when selecting tutors for Elite Tutoring College, we ensure first and foremost that their attitude, personality and beliefs are closely in line with this culture.

Learn More About Our Tutors